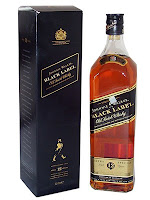 Yesterday 20000 people in a show of unit marched through Kilmarnock to protest at Diageo's plans to cut 900 jobs from two sites.

700 jobs are threatened in Kilmarnock, where the Johnny Walker brand has had a presence since 1820.

Opponents say unemployment in Kilmarnock could rise by 70 per cent as a result of the proposed cuts.

Mr Salmond said: "Today's march and rally demonstrated that the people of Scotland stand behind Kilmarnock and the campaign to keep Diageo in the town.

Alex Salmond has been very critical of Diageo and has also made some very strong statements which cause me concern.

Firstly the Diageo descision leaves a lot to be desired here. I still can not see the economics clearly, but big Eck has not gone on record to state that public money could be used to save hundreds of jobs being axed.
Very honourable Eck. Indeed Mandleson made similar pledges for the car industry, also worth noting not a penny has been given to the car industry.

The Scottish Government could channel money through Scottish Enterprise to help the company avoid sacking a total of 900 staff at its Johnnie Walker plant in Kilmarnock and its distillery in Port Dundas, Glasgow.

Ministers, union officials and Scottish Enterprise are trying to form an alternative business plan for the company and hope to convince it not to shed the jobs.

Ok lets look abit further into Diageo shall we.

Diageo has offices in 80 countries
It sells in 180 countries
Its half yearly sales to the end of Dec 2008 were 6.7 Billion pounds.
It owns 101 different beer, wine and spirit brands.

Eck, do you really think you will change the mind of a company that big.

You can not pour a rake of public money into that company and somehow turn it into a political victory for yourself. You are giving away cash, you are being naive to think they are that interested.

Yes they are loaded cash wise. They are a huge powerful group.

And right now they hold all the aces. You piss them off they walk.
They were going to do that anyway.

I sadly can not see how this is going to be resolved. I fear greatly for Kilmarnock and Port Dundas.
Posted by The Last Of The Few at 14:06