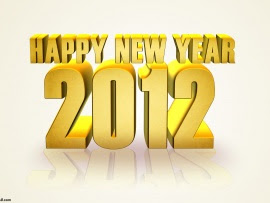 Its been an odd year has it not?
We have seen and heard from both ends of the scale.
Bravery, courgae, generosity..........to theft lies deception and just plain stupidity.
Most of it out or Westminster.


TLOTF has been quiet on the blog front I know.
I will correct that in 2012.

Don't get me wrong not all stinky but indeed it has thrown a few serious curve balls which needed dealt with.

I am not 1 for thinking just because the clock strikes midnight that all will become better tonight. No not at all.

However I do believe despite what this year has hurled at me, that positive thought and good planning are a must. So I will use the midnight chimes to put a marker down for 2012.

So to all my friends out there a very Happy New Year and all the best for 2012.


But lets be honest and lets keep some focus.
The government will still lie.
Taxes will still rise
We will all still be skint
Labour are still shit and are just the depths of anything political.
Michael Dugher MP on Sky News this am was savaged by Mark Longhurst hahahahahahaha
I want an independent Scotland........but not on Alex Salmonds terms
Troops will still die needlessly in Afghanistan
The Pars will be relegated
Mercedes Benz make the most beautiful cars in the world
And my cat (HRH the Princess Boo of Caledonia) will continue to screech when her food is not out exactly on the time she demands

The hurricane decimated the area, causing approximately £30 worth of damage.
Untold disruption and distress was caused:

Many were woken well before...... their giro arrived. * Several priceless collections of mementos from the Balearics and Spanish costas were damaged. * Three areas of historic and scientifically significant litter were disturbed. * The cone fell off the head of the statue outside Glasgow’s Modern Art Gallery. * Thousands are confused and bewildered, trying to come to terms with the fact that something interesting has happened in Scotland.

One resident, Pocahontis McGlinchy, a 17 year old mother-of-three said "Ah wiz like ‘Whit’s that? Ah,canny hear ma choonz innat man’ Wee Beyonce came running into my bedroom pure howlin so she wiz. My youngest two, Brooklyn an Blackpool slept through it. I was still pure rattlin when I was watching Jeremy Kyle the next morning."

Apparently though, looting did carry on as normal.

The British Red Cross have so far managed to ship 4000 crates of Buckfast to the area to help the stricken masses. Rescue workers are still searching through the rubble and have found large quantities of personal belongings including benefit books and jewellery from Elizabeth Duke at Argos.

HOW YOU CAN HELP Clothing is most sought after. Items required include: - Sovvy rings - Baseball caps - Shell suits - Tesco two stripe trainers - White socks - Chunky gold chains Food parcels may be harder to put together but are necessary all the same.