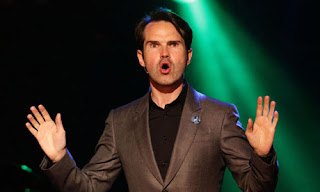 Well dear me a certain "stooshie" has erupted since Tuesday with regards to a certain Jimmy Carr and soon to be raised to the title of Chief Man of the UK Gary Barlow.

Amazing what a wee concert can do for ya eh!

Anyway its all over a certain K2 taxation scheme.

Here is the basic premise of how it operates:

A certain David Cameron described it as "very dodgy".
Infact went on record yesterday in an interview as saying its "morally wrong".

He is the issue I have ............morally wrong??
For 1 I cannot associate politicians and morals at all in any way. I mean only 9 of 646 MP's under the Telegraph expenses scandal being in the clear shows a distinct lack of morals at all. The lying the cheating the sheer contempt to which they hold the public more than hammers Mr Cameron's statement into the dirt. And that's not an anti-Tory dig, that's not a public schoolboy old Etonian dig (as a certain reader of my blog and as an avid reader of his blog) would most commonly write, that's a body politic as a whole dig.

Jimmy Carr is not morally wrong. There was a loophole and he can afford an accountant who can exploit that loop hole. Exactly the same as Gary Barlow has.

I do notice however in the case of the Queen personal entertainment manager that today the Daily Mirror, yes that most excellent red top (read tawdry little rag) has called for his new honour to be removed.............oh FFS. So the very group of Labour peers who indeed several of whom have gone to prison of late in the wake of the expenses and cash for question scandal still have there's..........jeez what kind of journalism do these people trot out.

Anyway back on topic..........I notice Jimmy Carr's moral have kicked in (note the sarcasm there). And today he tweets the following.

Although I’ve been advised the K2 Tax scheme is entirely legal, and has been fully disclosed to HMRC (Her Majesty’s Revenue and Customs),—
Jimmy Carr (@jimmycarr) June 21, 2012

I’m no longer involved in it and will in future conduct my financial affairs much more responsibly.

Danny Alexander has gone on record to say the treasury will be looking to close this loophole out.
I expect some rapid HMRC and new Govt legislation to come through rather sharpish.
Some say the HMRC may litigate ........... quite how with a legal scheme I do not understand but we await the next instalment.

Just for the record I am not a fan of Jimmy Carr. Personally I find his humour quite repellent. I avoid him on TV and always turn off. His jokes about servicemen in Afghanistan and the Para Olympic team kind of sealed his fate for me. But he is not morally wrong with his tax affairs........on that point I will defend him.

However the whole taxation issue in the UK is a mess.
HMRC has been described as "not fit for purpose".
The 50p / 45p top threshold debate was a complete mishandled cock up by the "boy George".
High rate earners have always been a fast easy target for the media.
Even in France the new President Francoise Hollande has pledged to tax earners of a million Euro's at 75%. well should he push that through the number of French earners at that figure you could count on 1 hand.
But on a side note that might not happen because the way the Euro is going there might not be Euro soon.

If they paid their bill the way we pay our taxes, it would go something like this..

The ten men drank in the bar every week and seemed quite happy with the arrangement until, one day, the owner caused them a little problem. "Since you are all such good customers," he said, "I'm going to reduce the cost of your weekly beer by £20.” Drinks for the ten men would now cost just £80.

The group still wanted to pay their bill the way we pay our taxes. So the first four men were unaffected. They would still drink for free but what about the other six men? The paying customers? How could they divide the £20 windfall so that everyone would get his fair share? They realized that £20 divided by six is £3.33 but if they subtracted that from everybody's share then not only would the first four men still be drinking for free but the fifth and sixth man would each end up being paid to drink his beer.
So, the bar owner suggested that it would be fairer to reduce each man's bill by a higher percentage. They decided to follow the principle of the tax system they had been using and he proceeded to work out the amounts he suggested that each should now pay.

But, once outside the bar, the men began to compare their savings. "I only got £1 out of the £20 saving," declared the sixth man. He pointed to the tenth man, "but he got £10"
"Yes, that's right," exclaimed the fifth man. "I only saved £1 too. It's unfair that he got ten times more benefit than me"
"That's true" shouted the seventh man. "Why should he get £10 back, when I only got £2? The wealthy get all the breaks"
"Wait a minute," yelled the first four men in unison, "we didn't get anything at all. This new tax system exploits the poor" The nine men surrounded the tenth and beat him up.

The next week the tenth man didn't show up for drinks, so the nine sat down and had their beers without him. But when it came time to pay the bill, they discovered something important - they didn't have enough money between all of them to pay for even half of the bill.

And that, boys and girls, journalists and government ministers, is how our tax system works. The people who already pay the highest taxes will naturally get the most benefit from a tax reduction. Tax them too much, attack them for being wealthy and they just might not show up anymore. In fact, they might start drinking overseas, where the atmosphere is somewhat friendlier.