I am tired and hacked off.

I have been away ............ mainly work and indeed a month has passed since my last posting. Yes my career was my choice.......but once it meant something!

However my return has not been quite what I expected.

This blog was a steam vent.........it failed!
My posts have been a mixture of cheap jokes and extreme rage........not even meaningful.
In fact my blog opened me to other blogs, other peoples rages, other people thoughts.
Many I did not agree with many I did........but 1 thing emerged and that was my utter hatered for what my country has become.
My loathing of our government, its systems, its lies.

Oh do not get me wrong the Tories are no answer, the Lib Dems a joke.......they are what they are....politicians, career politicians, members of a class that believe it far superior than those of us who are not.

When you are away and you actually feel a return to home is not your first choice you have issues.
Sadly I feel this right now.

But I am home and now I must turn my attention to other things.

Sadly this blog is retiring for a while.........not that it made a difference to anyone, but I feel it let me down. Others can carry on and indeed do it better than I did.

Allow me a last couple of quotes please:-

Of all tyrannies, a tyranny exercised for the good of its victims may be the most oppressive. It may be better to live under robber barons than under omnipotent moral busybodies. The robber baron's cruelty may sometimes sleep, his cupidity may at some point be satiated; but those who torment us for our own good will torment us without end, for they do so with the approval of their consciences.

You face a corrupted governmental system that has torn asunder the contract between the citizenry and the citizen. They wage economic, social, and cultural warfare against you. They propagandise your children, they condemn your parents to end their lives in poverty, and they have seconded you and your children’s future prosperity and security to the whims of the equity adjusters. We are a meritocracy no more. The transcendental terrorists masquerading as your public servants will level the playing field. The equity adjusters and their allies will continue to beat you to death with democracy."

I am devoid of ideas right now...........I am sitting watching my land go down the pan.
Will screaming fix it........NO
Another Manchester style Police barrier will appear at the end of my road if I do.
Our fiscal deficit will still rise
Our servicemen and women will continue to die in a war based on lies and under funding.
646 people will hold 60 million to ransom everyday.
Immigration will remain out of control
Feral kids will still roam the streets
Taxation will continue to rise
Iain Dale will continue to write his blue bollox.
NO I can do nothing. 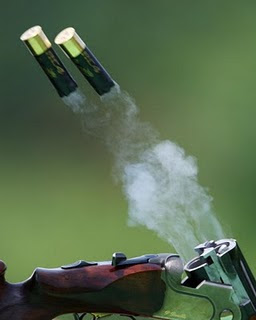