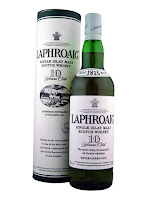 THE Scottish Government's decision to release the Lockerbie bomber will harm sales in Scotland's biggest export market, the chief executive of the Scotch Whisky Association has warned.

According to figures from the Scottish Government, America is Scotland's leading export destination, accounting for £2.765 billion worth of sales a year.

Do you think they will be hit in the same way the Cuban cigar sales were hit when the embargo on Cuban good was brought in.

No Dont think so.

Cuban Cigars have a huge market in the USA. Admittedly brought in by the back door but a HUGE market.