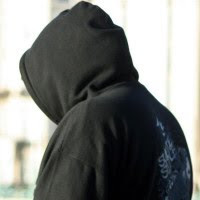 Mr Useless F**k Gordon Brown will promise tough action on problem families who terrorise their neighbours as he delivers his final conference speech before the general election.

With Labour plumbing new depths in the polls, Captain Useless will put crime and anti-social behaviour centre stage in the hope of clawing back any ounce of credibility.

The First Cretin of the treasury, will promise to stand by "the lawful majority", who he will say are right to be getting "ever more angry" at the behaviour of a minority who disrupt their communities with drink and drug-fuelled disorder and children running out of control.

His pledge comes the day after an inquest jury criticised police for failing to help mother Fiona Pilkington, 38, and her daughter Francecca Hardwick, 18, who burned to death in a car after complaining of years of harassment by youths in their Leicestershire home.

YES TOO F**KING LATE FOR HER.

In his keynote speech to a Brighton conference under the banner "Operation Fightback", the Drug popping loon will announce £36 million of additional funding to roll out "tough love" Family Intervention Projects (FIPs) to all 50,000 of the country's most difficult families over the coming five years.

Any parent of a child issued with an Asbo will automatically be subject to a parenting order requiring them to go through intensive courses.

FIPs, which have been piloted in areas including Dundee, deliver what the Government terms "intensive, one-on-one, hard-edged support" for families where drugs, drink, bad parenting and persistent joblessness are a problem.

Mr Brown will tell delegates: "Whenever and wherever there is anti-social behaviour, we will be there to fight it. We will not stand by and see the lives of the lawful majority disrupted by the behaviour of the lawless minority.


Another example of Labour policy and Nu-Labours broken Britain legacy.

Another shit load of hot air spounted to an assembled bunch of morons, who sit hanging off your everyword............whilst the rest of us remain knowing full well absolutely nothing will change and feral kids will keep running wild.
Posted by The Last Of The Few at 10:18

Bit late for the poor woman who reached the end of her tether isn't it. Nothing will change although the police will make more families anti-social because the more they have the easier it'll be to tick the boxes.

Rosie,
My neighbours love me.

Well the ones who manage to get their kids in before midnight and thats the under 10's do.

The ones who sit on the sofa on their front lawn drinking gallons of tramp fuel think I am a little detached from their community.