So Marcus the Sheep is Dead 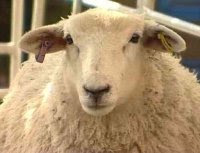 The animal was reared by pupils of Lydd Primary School but the school council voted to turn him into lamb chops to complete a project on the origins of food.

Andrea Charman, the school's headteacher, rejected promises of a home for the animal from a number of animal sanctuaries and national newspapers - and from chat show host Paul O'Grady, who already has 11 sheep at his nearby property.

She also braved a storm of criticism from parents on Facebook and in the media.

Marcus, who is understood to be with an agricultural contractor, was one of three bought for pupils to rear.

Ms Charman said the aim was to educate children about the food cycle, and that she had received support from parents, other schools with farms and the general public.

She said in a statement on Saturday: "Since the Wether lamb arrived, it has always been made clear in a tactful and factual way that lambs are meat.

"The children have had a range of opportunities to discuss this issue, both in terms of the food cycle and the ethical aspect.

"Children from Years 2 and above were given the opportunity to choose what happened to the Wether lamb.

"It was made clear that it could be kept as a pet, or sold to go for meat to raise money for the school farm to buy more animals. It was discussed in School Council. Each class had the opportunity to discuss it.

"The following week the children voted by an overwhelming majority for the lamb to be sold for meat.

"When we started the farm the aim was to educate the children in all aspects of a farm and everything that that implies."

If you have a facebook account go look at the group.....link here.
There is 1 lady on the support group who really needs to return to school herself, and start again rather than worry about the sheep.

I fully support the head teacher on this.
She is true to her word and has done as she said she would.

Where do kids think food comes from.?????

Apparently the raffle for Marcus is today and well I would have bought a ticket as I feel he was well looked after and with a dollop of mint sauce may have made a damn fine Sunday dinner!!!
Posted by The Last Of The Few at 14:53

While I agree with TLOTF in that the head teacher did the right thing...what people sometimes forget when teaching children where food comes from is that it's not a pet to be named or treated in a way that attachment developed with it. Children do need to understand the agricultural lifecycle and where their food comes from but not to name it.

Would that be a BIG Dollop of mint sauce .. lol