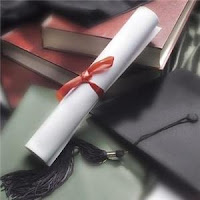 Yes I know lousy title but all things conscidered a ridiculous story.

Trina Thompson is a 27-year-old, from the Bronx.
She graduated from New York's Monroe College in April.
As with all American universities, her degree cost - $70,000 for tuition alone - and Thompson has not yet found a job. Now she's suing the college.

According to the New York Post, Thompson thinks that the College's Office of Career Advancement did not assist her with finding a full-time job placement.

"They have not tried hard enough to help me," she wrote about the school in her lawsuit, adding that she was also suing because of the stress she had been under.

Thompson graduated with an undergraduate degree in Business Administration with information technology, and a 2.7 Grade Point Average. Now she says that her college should reimburse her for $70,000 in tuition fees and $2,000 for the stress of her job search. She also claimed that the careers office gave preferential treatment to students with higher grades.

"She's angry," Thompson's mother, Carol told the NY Post. "She's very angry at her situation. She put all her faith in them, and so did I. They're not making an effort. She's finally finished [with school], and I'm so proud of her. She just wants a job."

The mother and daughter live together, but say they are are struggling to get by. Carol, a substitute teacher, has been the only breadwinner. "This is not the way we want to live our life," she said. "This is not what we planned."

Now fair play for a mature student to go back and do a degree but I am sorry to say here your lack of success is not the fault of the university.

Couple of questions if I may.

How many jobs have you applied for?
What is your interview style like?
Is a 2.7 GPA actually a good result (personally I do not know)?
Is your CV as good as it could be?
How many interviews have you been given?
Is your image/clothes acceptable for the role or interview you are going for?
Are you a lucid communicator?
Are you business aware?
Are you targetting prospective employers correctly?

Or are you sat at home all day watching day time TV with a 70K debit feeling sorry for yourself, when maybe, just maybe, you might be better off, getting up off your beam end, putting a bit of effort in, getting a job doing something and earning a crust to help out rather than crying out "that if you cant be a brain surgeon you wont be anything".

I for 1 will tell you prospective employers would rather have someone who has done something, anything whilst searching for the right job than some couch potatoe that bleats how unfair it is.
Posted by The Last Of The Few at 10:45

I could not have said it beter myself. It seems today that too many people are standing around with their hands out waiting for SOMEONE ELSE to 'assist'. I'm sure Ms. Thompson is aware with whom she has filed applications, and it would seem to me that very little effort would be involved to pick up the phone and contact Human Resources on her own. Certainly it is considerably less effort than, say, filing a lawsuit at your local Clerk of Court.
I have a son who just graduated high school, and I tell him the same thing. It's not enough to simply apply. In today's job market, you've GOT to stand out. If that means calling 2-3 times a week, so be it. At least they won't forget your name.

On a side note, how many employers do you think wil remember the name Trina Thomson? I know that when I consider a new employee, I tend to favor one who's known for frivolous lawsuits and an 'avaerage' GPA over someone who puts forth obvious effort. Smooth move there, sparky!

As Bill Murray said in ghostbusters: "I'm sure someone of your talents will have no trouble finding employment in either the housekeeping or foodservice industries."