US Party Politics And The Arizona Shootings

The shootings in Tucson, Arizona have sparked a fierce debate about whether inflammatory right-wing rhetoric was somehow a party to the murders.

Six people died, 1 of which was a 9 year old girl, and 20 were injured, including Democratic Congresswoman Gabrielle Giffords, who was shot in the head. 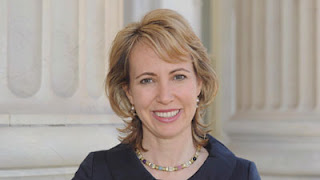 Within hours the local country sheriff, Clarence Dupnik, who happens to be a member of the Democratic Party, held a press conference in which he went out of his way to link the murders with political rhetoric. 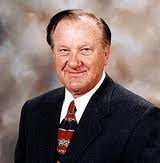 This has led to a wave of soul searching in the American media and online.

Most criticism has been directed by the left of centre against the Republican right and in particular Sarah Palin and the Tea Party.

The evidence that they have created a "climate of hate" includes Mrs Palin's online campaign map from last year using crosshairs over the Democratic-held congressional seats.

She has also used the phrase "don't retreat - reload".

One typical comment on Mrs Palin's Facebook page read: "You cannot flippantly talk about 'reloading' and putting people on your TARGET list and not expect some nut to take you literally."

It is true that language and symbolism in American political debate is more emotional and violent than in many democracies - but missing from the debate appears to be a sense that it has always been this way and that America has always been a country where the gun has played a role.

The founding fathers called each other "traitors" in print, there have been 20 attempted presidential assassinations, four of which were successful.

JFK, Martin Luther King and Bobby Kennedy died in the blood-soaked, rhetoric-fuelled, 1960s in which one of the most memorable political slogans came from the Black Panthers: "By Any Means Necessary."

In 2004 the Democrats used a map of the US under the headline "Targeting" and bullseyes over states they were concentrating on - the blurb talked about operating "behind enemy lines".

This may have been less overtly violent than Mrs Palin's crosshairs but is in the same vein, as is Barack Obama's "if they bring a knife we'll bring a gun" speech in 2008.

Sheriff Dupnik introduced the rhetoric idea into the news story at an early stage.

Immediately it gave the media and public a different angle to the usual gun control/loner/drugs narrative which arises after similar events.

A link to political rhetoric cannot be ruled out in the Arizona tragedy - and there is a genuine debate to be had about the relationship between language and violence in the media.

But there appears to have been a rush to judgement that there is something special about this event. 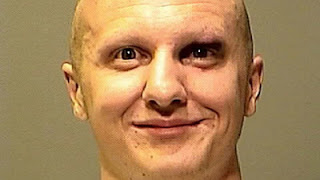 He was un-hinged.............twisted and indeed in strong need of medical and mental help.

A simple read through this piece will give an idea of the individual at the centre of this.

He slipped through the net.............reading the above piece will show that many suspected but nobody did anything about it.

Her choice of language and the use of the cross hairs may well have been inappropriate with hindsight, but has been a ploy used in US politics for many many years..........and is part of the US psyche.

Hungerford and Dunblane where horrific gun crimes here in the UK. After both incidents there was a huge overhaul of fiearms laws.

Many gun clubs went to the wall. Many sporting and target shooters gave up the sport.

However none of the legislation passed stopped the Cumbria incident or more recently Raul Moat.

Again un-hinged people who pulled the trigger themselves.
Posted by The Last Of The Few at 08:51

Its the usual game of fit the story to the facts to make as much political gain as possible.

As you say, the only guilty person here is the one who pulled the trigger.

It is far too easy to join the dots if the picture is the one in your head - especially if the final picture is to your persoanl benefit.

Its about time people just accepted that nutters will be nutters and shit will happen - sometimes without rational expalantion.