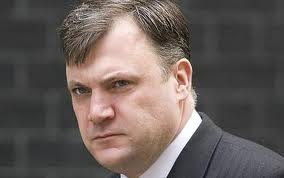 Ed Balls really is a twisted sick bastard of an individual.

He was reeling from the arrival of Ed Milliband into the top chair of the champagne socialists club.

Then he saw his much coveted position of Shadow Chancellor go to Alan Johnson.

Then what emerges yesterday is this..............that Alan Johnson quit frontline politics after discovering his wife had had an affair with his police protection officer. 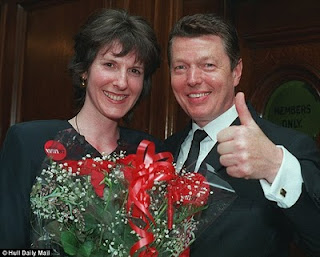 Hours after the shock resignation, Scotland Yard launched disciplinary proceedings against Paul Rice, who had guarded Mr Johnson from potential terror attacks when he was Home Secretary.

The experienced detective constable, who has been protecting the current Home Secretary Theresa May, is expected to be suspended from duty within 24 hours.

Mr Johnson wed his second wife Laura, 47, in August 1991 and they have a ten-year-old son. But last night it was reported that the marriage was over.

Government sources said the Home Office had been made aware of the affair. Mr Johnson abruptly announced yesterday that he was facing ‘personal issues in my private life’ and could no longer cope with his high-profile role


So with Alan out of the way that leaves the door open for Ed Balls to walk right into his shoes and become the No2 to Red Ed.

It also emerges this am that Ed Balls Special Adviser Alex Belardinelli, as the person who has been making inquiries into Alan Johnson’s private life. Shadow Cabinet sources say they believe the Sunday Times has the story.

It is believed that Ed Balls’ people have had a hand in the story getting out.

Balls chose his moment well, a series of gaffes by Alan Johnson had left him politically weakened.


I don't think that Alan needed to quit over this. OK he was flawed as the Shadow Cash King.............he had made a few gaffes, but that aside citing that as the reason to quit need not have happened.

I am no Labour supporter but I wish Alan well and hope he gets it sorted.

Ed Balls however is a duplicitous bastard. He always was and always will be the prime ideal of a snake. This action if true means no fucker is safe. I now hope he goes on to lead the Labour Party and gets all he deserves as a result.


I watched ITV news last night...........I watched an interview with Ed Balls.
I watched him stand there spouting forth about Alan Johnson, great friend, great politician, great parliamentarian but I also noticed a smug fucking grim of self satisfaction on his slapable face, knowing he had got his wish even by his underhand methods. (check the link above for proof)

I only hope that people realise the Labour Party record on public spending, under Gordon Brown was also instigated by Ed Balls as Browns advisor in the treasury when he was at No11. The car crash has returned and god help us in the future should Labour return to power as we sit today in excess of a Trillion in Debt. 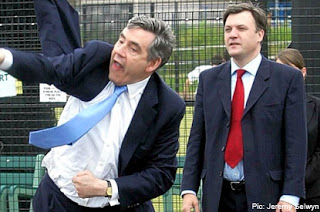