God What a Prick ! 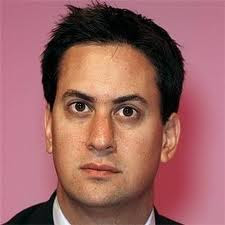 Labour leader Ed Miliband has accused the Coalition of spreading the "myth" that Britain's debts were caused by the last Government spending too much rather than a global financial crisis.

In an article in The Times, Mr Miliband said Prime Minister David Cameron and Chancellor George Osborne were leading the country in the wrong direction.

He said their "politically motivated desire to propagate a myth about the last Labour government" was being used to justify cutting too deep and too fast.

Mr Miliband said the pair were "airbrushing" history and ignoring the fact Britain's debt at the start of the crisis was the second-lowest in the G7 and lower than it had been under the Conservatives.

He warned a "great deceit designed to damage Labour has led to profoundly misguided and dangerous economic decisions that I fear will cause deep damage to Britain's future".

What a deluded arse. 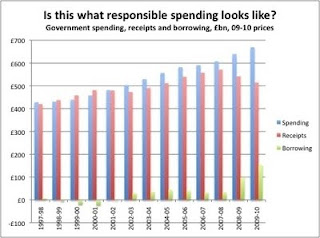 It clearly shows your Party (under its previous regime I agree) and yes you where in the cabinet so most probably did know what was going on..........borrowed more and more money ......far beyond your income stream and clearly were unable to pay it back.

Look at least try and be reasonably fair on us voters. We are not fucking stupid.

We know you are a puppet leader placed in charge by the unions as your elder brother.......... you know the 1 who could have led your party better but was a Tony Blair clone was not what the union paymasters wanted........but at least stop spouting this crap.

You would get more face by saying oooops yes got that wrong, by learning from the mistake and at least working to repair it.

Instead to treat me and every tax paying sucker in this country with total contempt.