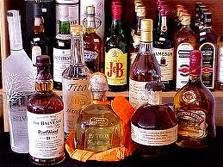 Shops and bars will be prevented from selling drinks for less than the tax they pay on them.

The minimum pricing would work out at 38p for a can of weak lager and £10.71 for a litre bottle of vodka.

Health campaigners say that is too low to have an impact but the drinks industry described the proposals as a "pragmatic solution".

In their coalition agreement, the Conservatives and Lib Dems pledged: "We will ban the sale of alcohol below cost price."

But under government proposals "below cost price" is defined as the tax drinkers' pay - duty plus VAT - rather than including the cost of producing the drinks.

It is understood defining cost price as anything other than duty plus VAT could have created legal difficulties.

Asked about the proposals for England and Wales, Professor Ian Gilmore, of the Royal College of Physicians, told BBC Radio 4's Today programme: "It's a step in the right direction but I have to say, it's an extremely small step. It will have no impact whatsoever on the vast majority of cheap drinks sold in supermarkets."

So the Professor thinks it is a waste of time. I happen to agree with him.
If people want to drink they will drink................prohibition always works does it not!!!
They will find the money somewhere............after all the high price of heroin has virtually stamped out the illegal drugs trade............pah!

Maybe it'd a double edge sword. People are skint,(yesterday at 17.15 we rolled over a trillion quid of debt, well the declared debt.......not the true figure), country on its arse, MP's and Lords still stealing via expences, costs through the roof, tax burden increasing and the only escape people have a wee snifter at the end of the day.


Last year, the Scottish Parliament rejected plans for a minimum price per unit of alcohol of 45p, after opposition MSPs said the move would penalise responsible drinkers and could be illegal under European competition law.

I do hope an English or Welsh chap does have a go under Euro Law about this............the outcome would be fun to watch.

I also suspect the green hippy lobby are watching and seeing if this works. After all it would be a fine way to further penalise the motorist by saying increase fuel costs further (Jeez No) and that would reduce car usage.