Well worth a visit 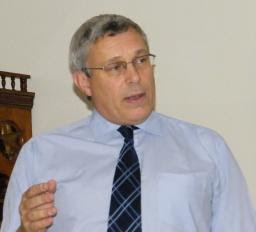 A few weeks ago an “interested party” passed on some information to me which stated that Paul Holmes MP for Chesterfield may have fiddled his expenses. After a bit of investigation I’m inclined agree to an extent. Even if it so happens that Mr Holmes has not fiddled his expenses he sure has taken the taxpayer for a good old ride… without the necessary lubrication.

Let me deal with the alleged fraudulent activity first. Mr Holmes rents an office in his constituency, we the taxpayer fund his rental expenses, just like we do with any other MP’s office. Through the landlord of said office Mr Holmes pays rent, and he also pays an insurance premium which I assume insure the premises should any damage be caused etc. A while back Mr Holmes’ office was flooded and was damaged it seems quite extensively, however instead of claiming the damages on insurance would you like to guess who paid for those damages? Do you really need an answer to that question? Yes we did. The taxpayer. Now based on this MP’s previous behaviour which I’ll deal with further down, the insinuation is this:

That Mr Holmes not only charged the taxpayer for the expense of renovating his office, but he also claimed the damages on insurance, thereby getting two lots of money. This is insurance fraud. What’s that I hear you say? I’m being a little brazen with my accusations? Yes. There is a reason. I put my concerns in a an email which was sent to Mr Holmes and Mr Nick Clegg his party leader weeks ago asking them both to clarify what exactly has happened you can see a copy of the mail on the MP Responses page of this site. In fact I’ve been pestering Mr Clegg via Twitter and Facebook asking him to help me get some sort of closure on this matter.

The silence has been deafening. So Mr Holmes until you can prove that you have not claimed twice for those damages, this is me accusing you of fraudulent activities and upon receiving that proof I will retract this post and issue an apology. Oh by the way I have also laid an official complaint with the Parliamentary Standards Commissioner, here’s the reference: Ref: PCS 352 2009-10. I’ve also let the Insurance Fraud Bureau know.

Apart from the alleged fraud above, let me demonstrate why I think this MP is literally on the take. Firstly digital cameras. Mr Holmes has claimed for 4 in his time as MP. His justification? One for the constituency office, one for the parliamentary office and one for the car. That’s bad enough, then we get the nepotism which seems rampant in political circles. Mr Holmes has employed both his wife and daughter throughout his tenure. Now for the biggy.

The Dolphin Estate was a complex of apartments that a few MP’s lived in (Including Mr Holmes) and the taxpayer took care of the rent for them. A while back the Dolphin Estate was purchased by a private company and they offered it’s tenants either a lump sum to leave, or they could stay put but pay a higher rate of rent. Mr Holmes opted for the former so moved out and received a lump sum of almost £10 000. He rightfully paid capital gains tax on that amount, but the issue is this. Why did he receive that lump sum and not the taxpayer? After all it was us that paid the rent for him. If you’re not seething now… there’s more.

Six months after moving out of the Dolphin Estate, guess what? Yes that’s right Mr Holmes moved back in. So now the taxpayer is ten grand out of pocket AND paying the higher rate of rent for Mr Holmes. See Mr Holmes in our eyes you have form and until you can prove otherwise, you’re a thief!

Paul Holmes consider yourself Cromwelled!
Posted by The Last Of The Few at 09:49

There's an update to this story ;-)
www.youve-been-cromwelled.org

He's been ordered to pay back the money from the Dolphin Estate fiasco...

Cheers Ollie and well done for your anti-piggy work