Do you remember the horrific story from Sept last year about a lady called Fiona Pilkington and her disabled daughter Francessca. 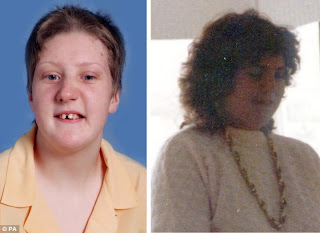 Sadly the pair had been terrorised by feral youth for such a period of time that Fiona committed suicide taking her disabled daughter with her in a car blaze. 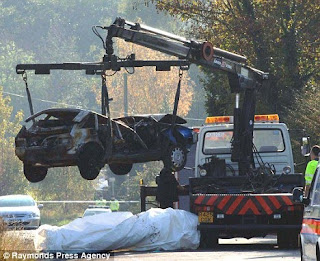 The police clearly failed in their duty to the ladies and indeed to my knowledge not 1 feral scrote hs been brought to book over the years of misery and pain the pair endured.

However it emerges today of a similar story.

A 64-year-old man with learning difficulties was "tormented to death" by yobs who hounded him for a decade, neighbours have claimed.

David Askew was found dead outside his home in Hattersley, Greater Manchester, by police who had been sent to the address.

The man's family had called 999 because yobs were causing an "annoyance", but by the time officers arrived the youths had fled.

Mr Askew was well known in the area because of the problems he had had with youths.

Apparently a group of youths had a confrontation with him outside his house.

It started with him at an upstairs window, he eventually ended up coming out on to his back garden.

Sometime around half-nine he collapsed. Police said they don't believe he suffered any injuries, but it does seem he may have died of a heart attack or stroke."

Neighbours angry at the death have also hit out at authorities for failing to stop the "hoodies" from harassing his family.

"This has been going on for about 10 years," said Avona Davies, a 49-year-old shop worker. "They tormented David for money and cigarettes. They harassed him every night without fail."

Do What 10 Fucking Years

A police investigation is ongoing.............Well too bastard late now isnt it.
Another innocent vulnerable victim looses their life because of feral shits who run around thinking they own the place.

A group of individuals who think they have god given right to do what the hell they want when they to whom they want.

So come on Plod,
Come on Al "postman Pat" unfit for purpose home office Arse
Come on government, with your put people first, take kids out of poverty, "trust me I'm Gordon" "I wont let you down" Brown.

What the fuckity fuck are you going to do about it.

Still as long a dopey bastards like me pay the taxes, and keep the 646 club on the gravy train who gives a shit eh!

Aye: It fits well with the stories of people like Mrs Udders, sorry Udden, getting away with thieving from us on her housing benefit...

Just what do we have police and laws for again?

I'm not quite sure what kind of being could do this to a man like him... but they are certainly not of the same species as me.

I am pleased to see that a scrote has been arrested over this incident but sadly for the 2 ladies nothing.

However I have a few photos of the main family in the frame so as I am in the mood I am they are going to get posted.