Brown at the Chilcot Whitewash 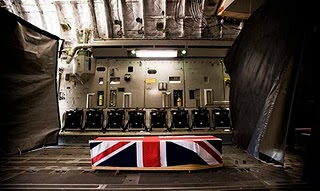 Todays sees the greatest liar and most ineffective man in the history of British politics take the stand at the farce that is the Chilcot enquiry.

Kevin Maguire of the Daily Mirror and much kisser of the labour rectum was weak in his comments about this event on the BBC this am.
I feel even Kevin has had his day with Gordy.

Much has been said at the enquiry but I am particularly looking forward to what Brown has to say in view of the statements from Clair Short, geoff Hoon and Jack Straw.

They gave a bigger punch that Al Campbel or the Nu-Labour new non-dom Tony "my kids are Irish" Blair.

Anyway I will quote and steal from the lovely Subrosa her post and give my readers a little extra food for thought!!!

I Quote:- Today Gordon Brown will appear before the Chilcott inquiry at 10.ooam.

A former chief of the defence staff, General Lord Guthrie of Craigiebank, said that soldiers lives were lost in Iraq and Afghanistan because Gordon Brown failed to fund the Army properly when he was Chancellor.


"Not fully funding the Army in the way they had asked... undoubtedly cost the lives of soldiers. He should be asked why he was so unsympathetic towards defence and so sympathetic to other departments," said Lord Guthrie.


The Chilcot inquiry has heard that defence chiefs threatened to resign after Mr Brown ordered defence cuts six years ago while troops were fighting in both Iraq and Afghanistan.

For the first time the Ministry of Defence allowed a photographer into the C17 transport plane as the bodies of four British servicemen were brought home from Afghanistan. The above coffin contains the body of Sergeant Paul Fox who was repatriated to RAF Lyneham this week. I wonder how many politicians feel uncomfortable looking at photographs such as these. They managed to deter our dead being repatriated with dignity from Iraq giving various excuses. Let me say there was no dignity for our dead from the Iraq war coming home. Our political leaders wanted the whole issue to be swept under the floorboards of all media outlets. Fortunately, with pressure from many, at least our dead are now given a solemn and honourable return home.

We fight, according to our political leaders, to protect the security of these islands, but so few of us believe this because we know the reasons are nothing to do with securing the safety of the people of these islands.

Gordon Brown has been central to the mire we have found ourselves in and has used our armed forces for his own ends, not for ours. I will be watching this morning.


Indeed yesterday 4 soldiers were repatriated back to the UK and again the beautiful town of Wootton Bassett held its now customary ceremony of respect. An act far greater than anything our current government has ever done.

Go to hell Brown and take Blair, Campbell and the rest of you Labour parasites with you.
Posted by The Last Of The Few at 08:43

Oh how I too wish Robin Cook was still alive. When he died I remember someone saying 'the rest of government will be more relieved that we'll ever know'.

Thanks for the link LotF.

WV: hesse (can you believe it?)

Brown should have looked to his history...

Well he appeared and said a lot, but I doubt anyone from the Inquiry or elsewhere is any the wiser. He has managed to do his Macavity act again, and was responsible for nothing, just a wee prawn in a big sea, doing his best for himself.

A very insightful piece.
I thank you