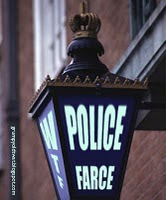 I shit you not.

Sergeant Mark Andrews, who was caught on CCTV assaulting Pamela Somerville at Melksham police station in Wiltshire, has had his earlier 6 month jail sentence quashed after 'winning' an appeal today.

What. The. Fuck!
I must be seeing things then because the judge at Oxford Magistrates Court has now said, after a four-day hearing, that he was satisfied Sergeant Andrews did not intend to throw Ms Somerville into the cell and that the injuries she suffered were probably caused by falling down the stairs or the door frame.

There used to be a vid on YouTube but guess what some copyright cobblers means it was taken down.
Copyright my pink ass it was..............it was clear cut evidence of violence in my book. 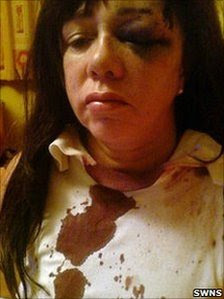 Meanwhile, Sergeant Shitwipe remains suspended from duty on full pay pending the result of an internal police enquiry. Yeah right ... any guesses to the outcome of that then?

We are all so fucked .... or as Old Holborn would say, welcome to East Germany.

Absolutely no surprises here and totally par for the course with British 'Justice' system especially where the Police are concerned. My only surprise is he was convicted in the first place!!

Caught on camera and reported by a concerned officer, just how clear cut do you need it?

Absolutely shameful, disgraceful and does nothing whatsoever for public confidence or faith. Both the officer and especially the Judge should resign forthwith. It also makes one think, or ask the question just who's back pocket is this Judge in? Or is he simply an idiot?

Obviously, it''s attempted murder and serious time if anyone lays a finger on the police. Ironically, some of the least trustworthy people in the country - just after politicians and smack addicts. Bunch of cunts.

What can one say that is not being thought by every honest law abiding individual citizen who has been following the case?
Cowardly police and blatant corruption.
Hitler's gestapo would have envied them.
Afraid to give my name in case they make me their next victim.

Having read the womans defence she is not a credible witness. Fact she was pissed in a car. 2 Fact she refused a breath test. 3 She was clearly drunk and not accepting responsibility. 4 Pity he did not hack the lying bitch with an axe.

Again happy to have comments.
I will leave the above but lets make it clear..............if you are going to make some sort of statement like the above and remain nameless with an anon post ......dont waste your time.
At least pin your colours to the flag.

I do its my blog.