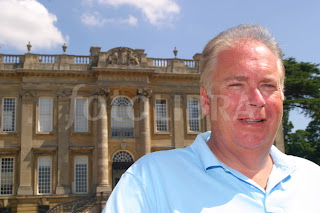 The two Royal navy carriers are a controversial subject, conceived as a jobs for the boys in the Rosyth yard (his house is in the next village along) after Gordon Brown came face to face with the fact that people knew he'd skimped on the military budget.

It was set up as a potential vote winner (and it worked) Willie Rennie the sitting Lib Dem was out on his ear and Thomas Docherty a Labour stooge from down south with no connection to Rosyth, Scotland, Dunfermline or surrounding area was triumphant at the polls.

It was also tied into Labours scorched earth policy as they knew that in England they were going to be hammered, so they spread the few goodies around their core areas and tied the contracts down with penalty clauses so the next government could not (legally) afford to get out of them.

The fiasco's got greater of course, turned out the carriers weren't going to get any planes for them till 2020 and that we were going to have to share them with the French.

Finally, Lord Hesketh, the guy second in charge of the project finally had enough and quit.

Source
The deputy chairman of Babcock, Lord Hesketh, has resigned after he called the Royal Navy's aircraft carrier programme a "disaster".
His resignation from the engineering group follows a report in the Daily Telegraph newspaper in which he was reported as saying the project would make the country a "laughing stock".
Babcock is building the carriers at its shipyard in Rosyth.
Earlier on Monday it issued a statement distancing itself from the report.
Last month's defence review revealed that £5.2bn would be spent on two new carriers
For three years there will be only one aircraft carrier, in any case, the planes being built for the vessels will not be ready until 2020.
Lord Hesketh's resignation takes place with immediate effect.
He has been non-executive deputy chairman of Babcock since 1996 and a non-executive director since 1993.

This whole story is a farce, a complete and utter disgrace, a level of insult to the tax payer beyond comprehension. It should serve as an example of Labour's competence to govern us for the next several decades (though how soon fools forget).

Not only are they going to be white elephants till 2020, they had to get rid of the various support ships necessary to protect them in order to be able to afford them.

It's enough to make you weep the mess Labour has left this country in.
There is no other job/role in the world whereby you can screw up so badly, you can blatantly lie, steal and cheat............and walk away !!!!
Posted by The Last Of The Few at 10:33

His bikes were crap too.

That they were, mind you he set James Hunt on the road to success..........excuse the pun.