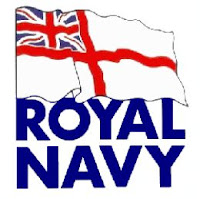 Many people may be unaware but Saturday the 27th June 2009 is Armed Forces Day.

This is the first and I for one hope it rapidly becomes a day to celebrate the work of the Armed Forces of this country.

Armed Forces Day is an opportunity for the nation to show its support for our Service men and women, whether veteran or still serving. It’s an opportunity to honour and celebrate the work they do in support of our country.

Our current government have systematically destroyed the British Millitary through underfunding, lying, a complete disregard for the welfare of soldiers, sailors and airmen and their families.

They have turned the finest group of individuals in the field in the world into a group who suffer abuse when legitimately marching through towns in their own country, and above all, who, when have given the ultimate sacrifice have to face the in-dignity of a so called "ramp ceremony".
And Now Bob Ainsworth as Defence Secretary.

This web site here details what is on in various areas of the country.

I apologise to other branches of the British Armed Forces for being unable to post their particular insignia. You are equally included.
Posted by The Last Of The Few at 15:20

Well said sir .. I whole heartedly agree with your sentiments.

I can't but see that you are a travelling man.