Allow me to Introduce.... 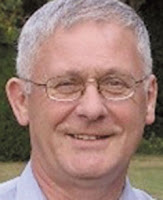 The new mayor of Doncaster.

Rather a lot of media mutterings about the BNP and their euro election success (so to speak) but this 1 crept under the radar.

Mr Davies is a member of the English Democrats. Another minority political party but indeed 1 which has scored some recent success.

He has some well dare I say it ideas that may well appeal to the disenfranchised voter in this current political climate.
He wants to slash his own salary.
Slash the numbers of councillors
Remove multi -lingual leaflets
Reduce bureaucracy.
Get tough on feral youth

Well indeed as I said these will certainly appeal to the masses.

However the pink groups seem a little miffed with him.

But at the end of the day Mr Davies you are still a politician, and well in political circles talk is cheap.

If he does he'll be the first to put his money where his mouth is LotF.

I am going to keep a keen wee eye on this man SR. See if he comes up with the goods.
The sceptic in me though is coming to the fore