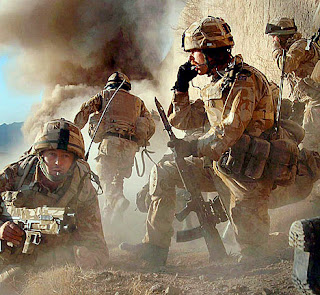 Direct Copy from Rosie without an apology !!!

Nothing more I can say

While many of us were involved in last minute preparations for Christmas, another soldier was killed in Afghanistan on Tuesday. He belonged to the Colchester based 216 Parachute Signal Squadron, Royal Corps of Signals and was blown up when his vehicle was hit by a roadside bomb.

There have been 347 British personnel killed in the Afghanistan war since 2001 and thousands more injured.

While we complain about poor public transport, untreated roads and pavements and temperatures below -10 degrees during daytime, please spare a thought for the families of those who have died and been wounded this year. There will be many tables with an empty space on Christmas Day.
Posted by The Last Of The Few at 10:14

You're more than welcome LotF. Have a Merry Christmas you and yours and hope Santa's good to you.

My condenscing boiler froze up again last night - well it was -16.

Well that appears the issue with these boilers these days. They produce about 2 lts of condensate a day and well -16 and 2 lts water do not mix well.

Have a great hol yourself and my best to you and yours as well.