How to win friends etc etc 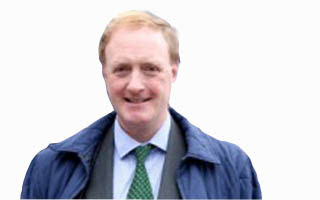 England take on Slovenia on Wednesday knowing that defeat will consign them to an early exit from the competition after disappointing draws in their first two games.

In his maiden Commons speechm Mr Reevell paid tribute to 26-year-old Corporal Stephen Curley, of 40 Commando, Royal Marines, who was from Mr Reevell's constituency and died in Helmand last month.

Mr Reevell said: "Those of our footballers in South Africa who hint that their poor performance may be attributed to being away from their families for a few weeks should reflect on the fact that our real heroes are serving six-month operational tours in Afghanistan."