So What will our new Government do?? 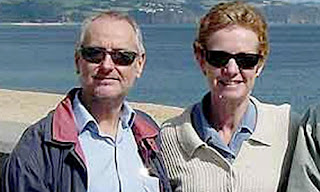 This is not a GE story.
You are probably saturated with them

However, The world does not end.

There are still huge issues to tackle and an issue that has fallen out of the MSM is that of the Chandlers.

See Here.
They are still being held by Somali pirates with no imminent sign of release.


However why has the UK government stalled?
There are 2 occasions when Marines/SBS have been put on alert and then stood down back by the powers that be.

A Russian warship is rushing to assist an oil tanker bound for China which has been hijacked by Somali pirates.

The Marshal Shaposhnikov was heading towards the Moscow University, which was attacked 900km (560 miles) off the Somali coast, officials said.

The 23 Russian crew on board are reported to have locked themselves in the ship's radar room.

But a BBC reporter says the Russian warship is unlikely to intervene as it could put the hostages' lives at risk.


Well the last sentence is a bit of falsehood.

The war ship is shadowing the tanker for safety.

So why are the Chandlers still in custody?

I suggest to "Call Me Dave" should you manage to get into the Hot Seat properly in the next 48 hrs you put a fast call in the SBS/ Marines as they are the best at Naval Assaults and get that couple back here toot fucking sweet.

SHOW SOME BALLS for Christ sake
Posted by The Last Of The Few at 09:54

I don't know what Brown's boys are playing at in this matter LotF. Heard, some time ago now, that the Chandlers were told to go in convoy (that's not the word but you know what I mean) and they ignored the advice.

Also I remember reading from others who sailed round that area and had met the Chandlers and suggested they join them but it seems the Chandlers said they'd go it alone and would be fine.

Something's not right though. But then, we have a government who doesn't give a 4x for our troops...