My Socks and my Nuts 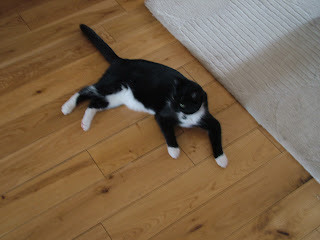 Yes this little lady in this pic.

She arrived at my house a few weeks ago now.

She is a little over a year old and well anyone who knows about cats will say she is very small for a year old.

Anyway I came home from work and the house was dark and quiet.
On the front steps was this lady.
It was raining so she was under the canopy in the dry.
Well I said "hi" and brushed past her as I let myself in.

This went on for about 2 weeks
I would return home and she would await.


The day I returned home, said hello, opened the door and she let herself in.

That was 2 months ago.

I have traced her original owner and well lets say she is better off with me.
She has been to the vet I have had checked, got her jabs and well errrr "had her done".............well I am not a charity.

She was named "Socks" due to her white feet (little white socks on).

She is a happy and very loyal cat now.....well as cats can be.
She is putting a bit of weight on and the vet says she is all ok. 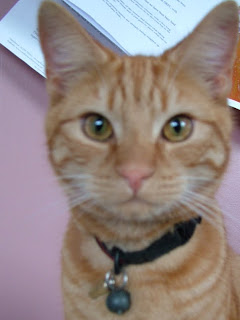 And he wants to move in to.

Again checked with the original owners and guess what.....same old same old.
He is small as well but in good health.

Well you probably can guess the rest.

Just perfect. Happy families to you. :)

Same happened to me 8 years ago but his original owners are animal daft and neighbours! Names how about Nemo or Felix.

I had no idea you had gone the whole way with this...you old softie.

They are so sweet. You could also go for O'Malley for the ginger cat. Congrats on the new babies. :D