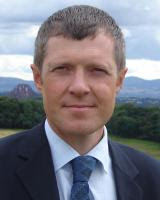 In amongst the news today it is announced that...........Willie Rennie has been appointed leader of the Scottish Liberal Democrats.

Apparently it was a unanimous decision to appoint him ............ it actually transpired he was the only candidate.......*snigger snort*
He accepted the appointment at North Queensferry, with one of the party’s oldest members and one of the youngest.

“I’m delighted to be the new leader of the Scottish Liberal Democrats.

“We need to reflect on the disappointment of the Scottish Parliament election results and move on and up. I’m here today with Jimmy Gordon and Neil Alexander. Two of our oldest and youngest members. I want to connect with the party at all levels.

“I will be working with my colleagues in the Scottish Parliament to stand up to the SNP bulldozer. We will not sit on our hands in the face of an SNP majority – we will be that Liberal voice standing up for the values that Scotland holds dear.

“Scotland needs us to stand up for local services, for long term solutions and for making our country a place that finds opportunities for aspirational Scots.”

“This is great news. Willie will be a first class leader for the Scottish Liberal Democrats.

“Willie and I have worked together for many years. His energy, integrity and commitment make him the right person to lead our party in Scotland.

“As an experienced politician and a veteran campaigner he is ideally placed to promote our values in the new Scottish Parliament and throughout Scotland too.”

He is rude and has been very disrespectful about an issue with my family....indeed an odious man.

He is factually incorrect and indeed is completely wrong about his comments on "Nuclear Submarines" in Rosyth dockyard (notice the inverted commas there).

Also both he a the now Ex MSP Jim Tolson still have huge questions hanging over them about expenses money used to pay rent on their Dunfermline offices.

Al rather dirty and sordid.

Anyway 1 thing I find interesting is this quote ........“I will be working with my colleagues in the Scottish Parliament to stand up to the SNP bulldozer. We will not sit on our hands in the face of an SNP majority – we will be that Liberal voice standing up for the values that Scotland holds dear.

Mr Rennie ............11 days ago the Scottish electorate told you and your party exactly what they can go and do. There results were to say the least embarrassing, and that's being kind. Rumours surround near bankrupt political party bank accounts now having lost 25 seat deposits......so with regards to your comment....good luck with that, I think your going to need it.

Rather a nasty position he took with regards to certain military matter .......... and he himself being a Lib Dem defence spokesman.

But he is a career politician. You know gets bummed out of Westminster then realises he cant survive in the real world so fights for an MSP seat in order that he can return to the public teat and suck on his much needed expenses !!
Posted by The Last Of The Few at 16:43

I find your posts a bit embarassing and pathetic.