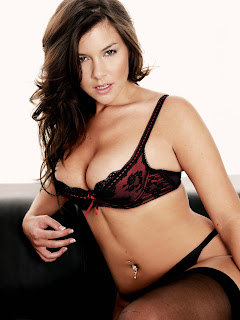 Everyone knew it was Ryan Giggs who was banging that Welsh bird weeks ago.

You hardly needed to be Sherlock Holmes to uncover that crime.

The right of the rich to buy privacy, and for the poor to be silenced, is not a law that should ever be tolerated in a free, fair and equal society.

You insert your penis into something or someone you know you should not be inserting your penis into - then do not expect the law to protect you from ridicule and exposure if that is discovered.

Keep it in your pants in the first place and save yourself a load of money, hassle and inconvenience.

If Imogen was your No1 choice then do the right thing about your wife and children you cowardly bastard. If she was just a play thing then you are also a totaly bastard. You cant win !!!!!!

And peeerrrlllleeeaaasssseee do not parade yourself around Old Trafford displaying the children like some sort of demi-god of all things moral ............ indeed you just look bloody stupid now !!


However watching the weekends football unfold and the story bubbling in the background I must ask this...........courtesy of The Eye !!

Go follow the link and read the vomit inducing bile !!! 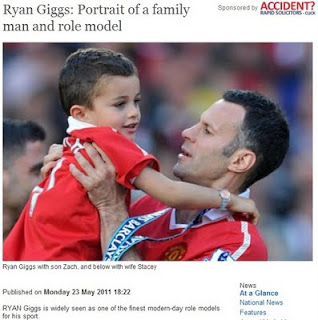 The best bits of the article are worth quoting because it's bound to get pulled.


RYAN Giggs is widely seen as one of the finest modern-day role models for his sport.

He is also a family man, marrying his long-time partner Stacey Cooke in September 2007 in a ceremony attended by close relatives and friends. The couple’s children, Liberty and Zach, were part of the congregation.

There have been calls from politicians for him to receive a knighthood, and Sir Alex wrote in his foreword to Giggs’s autobiography Ryan Giggs: My Life, My Story, published last year: “How I would love to adorn my team sheet with the words ‘Sir Ryan Giggs’.”

“I hardly drink any alcohol these days. I have taken up yoga, which is great. I just lead a more boring life.”


“Early this year he launched his contribution to the world of workout DVDs, releasing his Giggs Fitness: Power & Strength Through Yoga DVD.”


Well at least we know that it works!

Published yesterday! Bwhahahaha
Posted by The Last Of The Few at 10:52