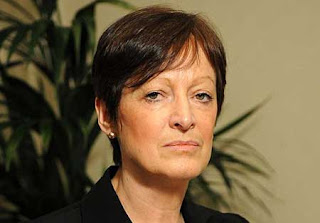 Sometimes...............someday, something happens that makes my even my urine boil with rage.

We learn here that ..........Sharon Shoesmith the ex-children's services director of Haringey Council says she is "thrilled" to have won an appeal against a ruling that her sacking after Baby Peter's death was lawful.

Her appeal against watchdog Ofsted was dismissed.

Baby Peter Connelly was found dead in August 2007 with more than 50 injuries.

A subsequent Ofsted report exposed failings in her department.

In December 2008, Ms Shoesmith was sacked, bringing her 35-year career to an abrupt end.

She first heard of her dismissal when then children's secretary Ed Balls announced she would be removed from her post with immediate effect in a live press conference on television.

She said after the hearing: "I'm over the moon. Absolutely thrilled.

"I am very relieved to have won my appeal and for recognition I was treated unfairly and unlawfully."

She said the sorrow of Peter's death would "stay with me for the rest of my life".

Ms Shoesmith had asked Lord Neuberger, Master of the Rolls, sitting with Lord Justice Maurice Kay and Lord Justice Stanley Burnton, to rule that her sacking without compensation was so legally flawed as to be null and void.

Her lawyers had argued that she was the victim of "a flagrant breach of natural justice" after she lost her £133,000-a-year post amid a media storm.

Ms Shoesmith also argued she was entitled to her full salary and pension from Haringey up to the present day.

The judges said they were allowing Ms Shoesmith's appeal against Mr Balls because "the secretary of state did not afford Ms Shoesmith the opportunity to put her case".

In the case of Haringey, the judges said: "We were unanimously of the view that Haringey's procedures were tainted by unfairness."

Lawyers for Ms Shoesmith said the ruling meant she could now launch appeals against Ed Balls and Haringey Council.

The BBC's education correspondent Reeta Chakrabarti said the Court of Appeal had indicated there was no question of Ms Shoesmith returning to her position at Haringey Council.

The matter of compensation or lost earnings would need to be considered by another court, she added.

Seventeen-month-old Baby P, subsequently named as Peter Connelly, was found to have suffered fractured ribs and a broken back after months of abuse at home. His mother, her partner and a lodger were all jailed for causing or allowing his death.

Peter had been seen by health and social services professionals from Haringey council 60 times in the eight months before he died.

THE WOMAN'S LACK OF PROFESSIONAL ETHICS, STANDARDS AND ABILITY WHERE COMPLICIT IN THAT BABIES DEATH !!!!!!!!

This is unbelievable ........... I am telling you now people the UK is a joke, a laughing stock. Our legal system is a farce and joke.

And now.............and fucking now she is arguing she should get paid her full salary and pension up to today's date and and AND then gets to go for compensation at a later date.

Can someone give me a reason why I should stay living here !!!