An Airline sex scandal has broken out !!

Hong Kong (CNN) — (and excuse the pun) A sex scandal that recently put Cathay Pacific into a tailspin is now causing more turmoil for the Hong Kong-based airline.


The carrier launched an investigation last week after explicit photos, purportedly showing a sex act involving a male and female employee in a plane’s cockpit, were published in newspapers and online.


The embarrassing episode has now affected Cathay’s newest phase of its "People and Service" marketing campaign, which uses the catchphrase ...........
"the team who go the extra mile to make you feel special."

"We are thinking of holding the campaign back for a little while because the timing doesn’t suit us at the moment," Cathay Pacific spokeswoman Carolyn Leung told CNN.

This is the picture found all over the web!!!! 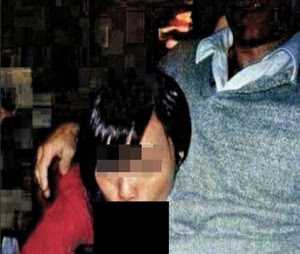