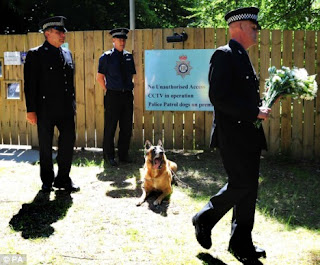 Just got to love the hot baking weather dont ya !

Unless you are a police dog.

Its with horror that we learn on Sunday .......... staff at a Metropolitan Police building were alerted to two police dogs having been left in an unventilated private vehicle.

The two dogs were found on in the back of the trainer's own car at the Met's dog training centre in Keston, Kent.

Entry was forced to the vehicle and two Metropolitan police dogs – a working Belgian Malinois (shepherd) and a German Shepherd puppy were found in a state of collapse.

Both were taken to an emergency vet where they subsequently died.

An investigation by the Department of Professional standards into the circumstances of this incidence has begun.


Horrific ........... temperatures inside the vehicles would have reached in excess of 50°C in under an hour. The animals stood no chance at all.

Now my rant is simple ........... and no its not the fact that 2 animals needlessly suffered and died. That is a given. I care for most animals more than I do people but that's for another day.

My rant is the handler.

You see the officer in this instance is a certain Sgt Ian Craven. Nothing odd in that except when you look into it Sgt Craven has a disciplinary on his record in 2004. 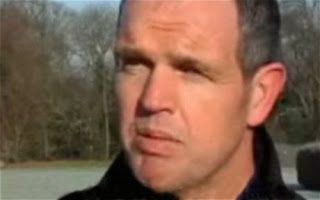 A precedent has been set ... These deaths follow those of two German Shepherd police dogs, which died in a hot car outside Nottinghamshire Police headquarters in July 2009.

Police dog handler Pc Mark Johnson was given a six-month conditional discharge after he was found guilty of animal cruelty in relation to the deaths of the two dogs.

We also learn that following these deaths Sgt Ian Craven, 49, flung himself from a police vehicle he was in and was then declared a missing person. Source.

The officer was found in Newham, east London, with hand injuries. He was still receiving medical treatment last night, police said. But he has no injuries other than that.


OK IMHO Sgt Craven is totally at fault. A complete lack of care and basically a lack of brains. Sgt Craven should never have been in the dog unit post the death in 2004 of a previous animal. He is under investigation, and I trust is removed from post with immediate effect.

Personally I hope the CPS act quickly and swiftly. Sgt Craven is not above the law and as such is not immune from its actions as a result of wearing a uniform.
Posted by The Last Of The Few at 11:26

He is not "supposed" to be above the law, but it will be proved that he is.
I could be wrong - but I don't think so.

You are spot on !

Look at the farce over the Iain Tomlinson !

It is simply another of the many symptoms of a moribund police 'service'.

I speak only from my experience of a lazy, corrupt and ineffective West Yorkshire police, who have fast become an irrelevance to crime and an unaffordable drain on resources.