Some days you wake up and to see the news, then a massive smile comes across your face when you then see that all the time you knew that Ed Balls was a poisonous shit, it now actually comes out and proves that he is really is.

Today we find out in the Telegraph about "The key role" played by shadow chancellor Ed Balls in a “brutal” plot to destroy Tony Blair. In secret documents. 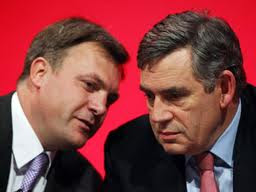 Mr Balls, as well as the current Labour leader Ed Miliband, began scheming to divide their party within weeks of the 2005 general election in a plot codenamed Project Volvo, which was launched as London was under attack from Islamic terrorists. 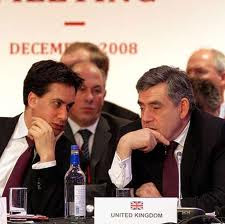 This newspaper has seen letters between Mr Blair and Gordon Brown which reveal the extraordinary rift at the heart of Labour.

The cache of documents show for the first time Mr Brown’s feelings towards Mr Blair in his own words and handwriting, material which has previously only been the subject of speculation and second-hand reports from anonymous sources.

Mr Brown makes it clear, in a series of memos, that he regarded his rival as a “muddled” lightweight whose obsession with spin destroyed trust in politics. He used the perception of “lies” over the Iraq War to try to force Mr Blair’s early departure.

Mr Blair’s memoirs, the updated version of which were published yesterday, detail his frustration with his Chancellor’s behaviour. In one memo, he warned Mr Brown that the “division at the top is killing us”.

The Ed Balls files — the personal papers of Mr Balls which have been passed to The Daily Telegraph — set out in detail how those around Mr Brown plotted from July 2005 to remove Mr Blair from No 10.

They give an insight into Mr Balls’s central role in the plot, with Mr Brown passing his former aide the most secret memos that Mr Blair sent to him in confidence.

The files disclose details of secret meetings, opinion polls on Mr Blair’s policies and how Mr Brown’s allies tried to rebrand his image.

Three of the key conspirators now occupy the most senior positions in the Labour Party: Mr Balls, Mr Miliband and Douglas Alexander, the shadow foreign secretary.

More than 30 people, including figures in politics, business and the arts, are named as being involved. Most were rewarded with peerages or government positions by Mr Brown.

Private memos between Mr Brown and Mr Balls heavily criticise Mr Blair, and the pair discussed how to undermine the Prime Minister.

The disclosure of more than 30 documents will call into question Mr Balls’s senior role in the party, as he emerges as a deeply divisive character whose public statements and private activities have been at odds.

Mr Balls has previously insisted he had “never ever” been involved in attempts to undermine colleagues.

The files show how Mr Balls was at the centre of an extraordinary attempt to broker a deal between Mr Brown and Mr Blair to let the Chancellor become prime minister.

The letter says: “You (understandably) want me to go now.

“You need to be the candidate of continuity and change. The second will be relatively easy to do. A different person is, by its nature, change.

“The first, however, rests on a smooth transition. Critical to that is not merely the absence of disunity in the handover; it is also the visible, clear demonstration that the person who most embodies NL [New Labour], ie me, is working hand in hand with the successor.”

He suggests a five-point deal that includes Mr Brown leading on party reform, democratic renewal and work to tackle Islamic extremism. The pair would work together and Mr Blair would then announce he would leave in summer 2007.

Mr Blair concludes that “in return” he would need “full help and co-operation in getting through his own reform agenda: NHS, schools, respect, welfare and energy.”

He ends with a warning: “Whilst I remain PM, the final decision has to be mine; and that cannot provoke a breakdown. I will try, at all costs, to avoid disagreement, but there can’t be stalemate if it happens.”

On a copy of the letter he passed to Mr Balls, Mr Brown scribbled the words “shallow”, “inconsistent” and “muddled”. The pair responded by drawing up their own terms.

In a draft of his deal document, which he intended Mr Blair to sign, Mr Brown wrote: “I propose the following: Across a wide range of areas you [Brown] are put in charge of future working groups beyond economic policy so that Labour with you leading is seen as party able to meet big challenges of future.”

“You [Brown] will however set out with my full support and that of my team, the agenda for beyond 2007 and for the next parliament.”

Mr Brown also set out the need for written six-month, twelve-month and two-year plans, and a written agreement for strategy to deal with David Cameron. He also demanded a role in Cabinet reshuffles and that he attend international meetings.

Mr Blair, who is understood to have been incensed by the rudeness of Mr Balls, rejected the proposals.

The talks were the culmination of more than six months of plotting by the Brownites. The files show that the plot began on July 19, 2005, less than a fortnight after the terror attacks on London. Mr Balls had only become an MP at the election in May.


Now we all knew Gordon Brown was a little unhinged. His use of MAOI's,his bigot gate scandal, the famous NOKIA hurling incidents .............. are not news.

However Ed BAlls appeared with Brillo and categorically denied on film he had any part in any dealings of his nature .............. oh how the chickens have come home to roost. Here is the link

Ed Balls you are a pathological liar ............ The people of Morley and Outwood in Leeds should be ashamed of themselves.

If I was Ed Miliband I would be seriously looking over my shoulder about now. This man has eyes on the leadership and NOTHING will get in his way. 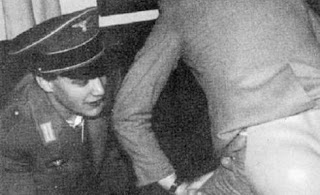