Gordon Brown: I'd still be PM if hacking claims had been aired earlier 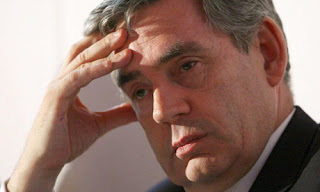 Gordon Brown: I'd still be PM if hacking claims had been aired earlier.

Oh how long and loud did I laugh when I read this story.

In fact I am still laughing some nearly 2 hours later.

You are so far devoid of reality its unreal.

Yes the truth will come out about the NotW in due course, but lets get some things straight.


What you cant accept Gordon is your failure still.
Your lack of being a credible leader.
Your skill level.
Your fiscal policies which are now coming home to roast
Your temper
Your drug taking
The fact NI hated you and as a result removed support from YOU causing the loss in support from the labour party.
Any other leader in charge may well have kept the support and as a result kept the No10 job.
It was you Gordon ............. you, your style, your appearance, your personality that failed.
Do not come out with some crap like that in order to attempt some cheap publicity and chest beating.

The only thing that the trademark Brownfinger, saved-up-for-two-years rant managed to do the other day was simply to remind us all of the beetle-browed, lying, Lefty propaganda we had to suffer from this bombastic hoon until May, last year.

Here's hoping he stays away for good now that this rare visit to Westminster has backfired on him so spectacularly.