Christ. So Cameron said something vaguely in touch with the common parlance and now lefties are predictably going off the deep end.

The faux moral outrage is depressing. Anybody with half a sense of humour would have smiled and moved on. But no, already we're seeing articles about how the Prime Minister's (mis)use of an advertising catchphrase is a gateway to reverting to Victorian attitudes to women and how we can expect a rise in wifebeating and clitorectomies as a result. 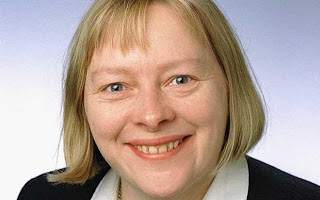 
Angela Eagle has predictably responded with a chippy article about how she's "been condescended to by better people than Cameron." Well, then, she should be fucking used to it by now and not fucking writing articles in the Guardian about how not upset she fucking is.

On the other side of the coin, I actually read someone criticising Ed Balls for not standing up for Yvette, when it was originally thought that Cameron might have been talking to her.

Christ Almighty. The economy is in the toilet, we're engaged in illegal wars, Libya is shaping up to be another Vietnam, we're taxed for more than half our income, social democrats are chipping away at the handful of freedoms we have left and all we can get exercised about is a fucking throwaway line from an advert.

I need to get out of this shithole. Enough is enough.